GivePulse understands that COVID-19 is impacting our communities. See our latest resources to stay safe and organize events.

Faber Park and Pool is located on what was once the north shore home of the Faber family. Their lead pencil manufacturing company was begun by Caspar Faber in Stein, Germany in 1761. A century later, his descendant Eberhard Faber (d.1879) came to New York and built the first lead pencil factory in the United States. A 1987 merger resulted in the formation of Faber-Castell, Inc.

One of the Faber family members who lived in Port Richmond was Jenny Faber. She was granted an 1869 "letters patent" to the surrounding land under and above the Kill van Kull on the condition that she contribute to local development by erecting a dock for "commerce or enjoyment." That land was purchased in 1906 by the Department of Water Supply, Gas and Electricity from Charles and Emma Griffith, who had acquired the property from Anna Faber in 1905. Plans to build a municipal lighting plant on the site were never pursued, and the area was placed under parks jurisdiction in 1928.

Architect Frederick H. Zurmuhlen Jr. supervised the construction of the seawall, recreation building, playground, wading and swimming pools. Contemporary reviews compared the design, which included eighteen different hues of natural-colored stone, to the architecture of Southern California. The design also drew praise for ensuring the good hygiene of bathers who had to pass through the showers before entering the pool. At the time of its completion, Faber Pool, at 140 feet by 75 feet, was the largest on Staten Island.

Faber Pool opened on July 15, 1932 to provide children with a safer alternative to swimming in the polluted waters of the Kill Van Kull. The park was more than doubled in size in 1941. In 1996 the park and pool benefited from a $1,500,000 capital restoration that upgraded classrooms, offices, and locker rooms as well as filling in the diving pool and repairing the exterior grounds.

A few people you will meet... 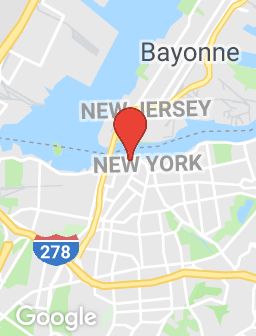